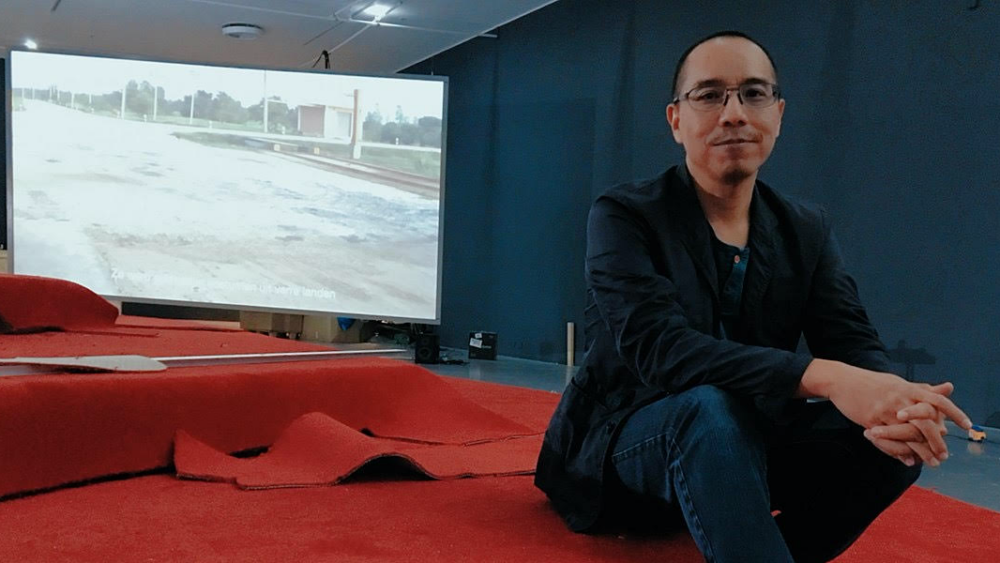 Last week, Jia Zhang-ke sent us a letter from his quarantine in Beijing. This week, Thai slow cinema luminary Apichatpong Weerasethakul responds from his home in Chiang Mai.

I was touched by Jia Zhangke’s letter which made me feel the importance of kinship in our time of confinement. I aspire to do the same by sharing a little thought as follows.

This morning I was thinking about a word, ‘journey,’ and how we have related to it. When we were young on a road trip, our restless mind prompted us to repeat: ‘Are we there yet?’, ‘When are we going to arrive?’ As we grew older we paid more attention to the passing scenery. We observed the trees, the houses, the signs, the other vehicles. We trained ourselves to be calm on a journey. We knew there was a destination.

A movie itself is a journey. It drives us towards different dramatic points. Along the way to the points are fillers that function like mini-destinations. The more seamless a filmmaker fills the path and makes the audience forget about time, the closer he or she is to the ‘art’ of filmmaking. At the core, the costumer, the make-up artist, the boom man, the lighting team, the editor, the musician, and so on, all work hard to propel the audience to the destinations.

Unlike a movie, this Covid-19 journey’s destination is vague. Unlike a road trip, we are not moving. Most of us stay put in our homes. We look out of our windows to the same scenery and… we keep looking.

We feel the vulnerability of our mind and body. We are aware of our clocks – internal and external. My morning routine has become established. I remember each step I take as I prepare breakfast. I remember what the sun’s direction is outside at any particular time.

To keep our sanity, some of us have embraced mindfulness techniques. We try to observe our surroundings, emotions, actions, time, impermanence. When the future is uncertain, the now becomes valuable.

This morning, after breakfast (a plate of fruits, weet-bix cereal, and two boiled eggs), I imagined a scenario. Perhaps this current situation will breed a group of people who have developed an ability to stay in the present moment longer than others. They can stare at certain things for a long time. They thrive in total awareness.

After we have defeated the virus, when the cinema industry has woken up from its stupor, this new group, as moviegoers, wouldn’t want to take the same old cinema journey. They have mastered the art of looking; at the neighbors, at the rooftops, at the computer screens. They have trained through countless video calls with friends, through group dinners captured in one continuous camera angle. They need a cinema that is closer to real life, in real time. They want the cinema of Now which possesses no fillers nor destination.

Then they will be introduced to the films of Béla Tarr, Tsai Ming-Liang, Lucrecia Martel, maybe Apichatpong and Pedro Costa, among others. For a period of time, these obscure filmmakers would become millionaires from a surge of ticket sales. They would acquire new sunglasses and troops of security guards. They would buy mansions and cars and cigarette factories and stop making films. But soon the audience would accuse this slow cinema of being too fast. Protest signs would appear, reading: “We demand zero plots, no camera movement, no cuts, no music, nothing.”

A Covid-19 Cinema Manifesto (CCM) would be drawn up for cinema to liberate itself from its structure and its own journey. “Our cinema has no place for psychological gratifications. The perpetual destination is the audience, the enlightened.”

In the dark halls in major cities, people would stare at the pure white light. The next film might be a little less bright. Some movie would be so dim that in the theater there is barely a visible trace of the viewers’ heads. However, there’s a buzz of total-awareness energy that has been exchanged between the people and the screen. It’s like what Jia described in his letter: “…sitting together, shoulder to shoulder.” And yes, “this is the most beautiful gesture of mankind.”

The movement will gain traction worldwide like a pandemic. Nothing Film Festival™ will proliferate. Meanwhile, the ‘easily distracted’, the ‘attached’ individuals have become a minority. In public spaces, to avoid the stare, they pretend to be serene. They breathe and chew food slowly. They rarely display anger. Then they return home to scream, sleep and scream some more in their dreams.

Soon the minority starts to gather in dark alleys. They sprint together and talk fast. They don’t wait for the others to finish their sentences. They indulge in multiple thoughts at once. One day a young man says he has made a film. He leads his agitated friends to his basement and shows them his creation. The group is shocked to discover that the film contains something. They stare in disbelief at a projected image of a scenery out of a car window, for three hours. For the first time they can sit still, their minds quieted.

The dangerous screenings continue despite official bans. In bunkers, in sheds, nervous people squeeze in to see something – tree branches, the sea, the wind, for hours. Forbidden materials will circulate. They are being stitched together hastily.

One particular evening, the screen shows a man sleeping for five hours, followed by:

Three men sitting at a table in the afternoon. One of them is smoking and reading a newspaper, the other two are playing cards. The smoker calls a woman who brings them a bottle of wine. He pours the wine into the glasses and offers them to his friends. They cheer and drink. The woman reappears with a tray and takes the smoker’s glass away. (At this point, one person in the audience cannot take in all the action anymore. He steps outside and closes his eyes.) The smoking man continues reading his paper. He points out an article to his friends. They all laugh heartily. Meanwhile, he is taking what seems to be a piece of paper out of his cigarette box, or an envelope. The film ends. The audience sits in silence. The three men are clearly
not enlightened – they had been lost in their wandering minds and vices for 67 seconds.

Then,
A train approaches the station. Its engine moves out of frame to the left. People on the platform greets the passengers as they step down.
The shot lasts 50 seconds.

On a bright day, a door opens,
and the workers are leaving a factory
for 46 seconds.

Apichatpong Weerasethakul is the director of Tropical Malady (2004), Palme d’Or winner Uncle Boonmee Who Can Recall His Past Lives (2010), and Cemetery of Splendor (2015), among many others.