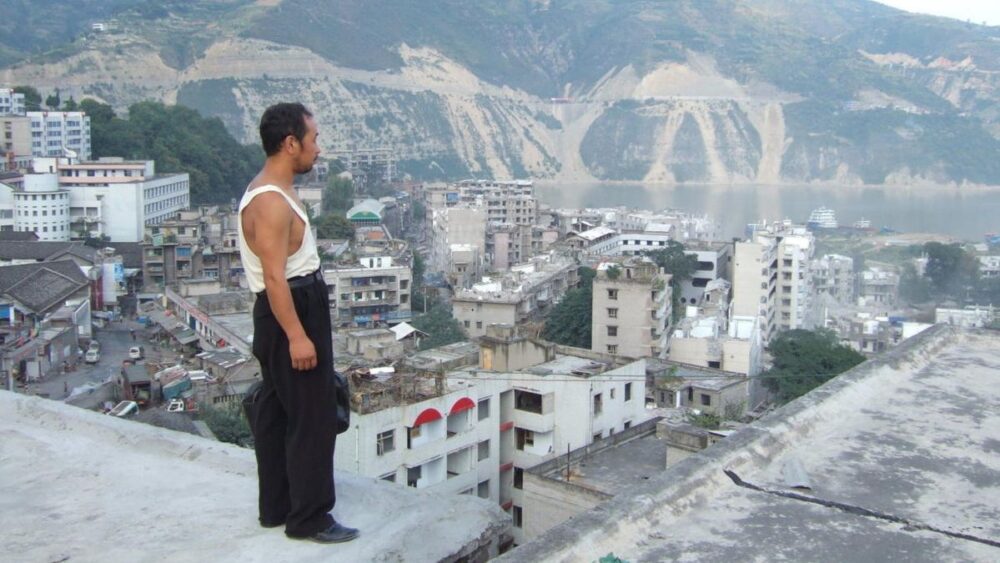 A letter from renowned director Jia Zhang-ke, quarantined at home in Beijing.

On March 4th, I was back in Beijing from the Berlin film festival. At that moment, those arriving from abroad were asked to take self-isolation at home for fourteen days before further activities in the city. I was staying at home as required, checking my temperature three times a day, reading, browsing the internet, and lapping my living room.

Traveling back from the hugely crowded Berlinale Palast to my own apartment, it was like a montage, contrasting different ways of life. I tried to keep myself busy with social media, but a few days later, I was tired of this confined living behind closed doors. It was as if a roaming dog, spending the days hanging round street corners, was suddenly kept in a cage; he would eventually miss the past days in the street.

It reminded me of the old days too, since – as Gabriel Garcia Marquez started One Hundred Years of Solitude – I might as well say: “Many years later, as I faced the coronavirus pandemic, I was to remember that distant afternoon when my father took me to discover cinema”. That afternoon, five hundred people clustered in the cinema in my hometown, watching a film together, laughing, crying and exclaiming all at the same time. Back in the old days, we didn’t have so-called multiplex cinema yet. Every film screening was packed with hundreds of audiences, even the hallways were fully taken. Later then, the multiplex cinema became a trend in China. A room of a hundred seats is already a big venue for screening. But it’s ok, we could still meet in the cinema, seeing a film together and knowing that we have each other in the dark.

However, under this pandemic, all the cinemas are closed. We have to stay at home, wear earplugs to watch a film on a mobile phone or on iPad, all on our own. For me, there is nothing more lonely than this.

As I could remember, when I started filmmaking in the late 1990’s, audiovisual media was videotape, then shifted to VCD, DVD, until it came into the age of internet. Now is the time of mobile internet. Technology development has constantly been breaking us up from gathering. The invention of the motion picture gathered people together, but the new media do the opposite. The current pandemic has dispersed every individual from social agglomerations, isolating each of us from cinemas, coffee bars, offices and stadiums.

We are grounded by the virus.

We’ve been living through the days, when thousands of millions of people were self-imprisoned in their homes while international flights were cut off and country borders were closed down. We’ve been living through the time, when we anxiously followed the death toll every day while separated from our friends and loved ones. We’ve been going through anxiety, anger, grief and helplessness, and we are going into recession ahead, and suffering a crisis of trust.

In recent days, I have made a short film commissioned by Thessaloniki International Film Festival. It was a work in confinement, titled Visit, filmed by a mobile phone. It’s only 3 minutes long, a trivial story in the pandemic days. When I looked at the world again through the frame of camera, I felt like a baby learning to stand up and walk – difficult, but exciting at the same time.

It made me think that we shall stand up to this pandemic, still walking forward for the sake of the trying time we’ve lived through, thus, to face the world honestly and with courage. I am hoping that we could go back to cinema early, sitting together, shoulder to shoulder.

This is the most beautiful gesture of mankind.