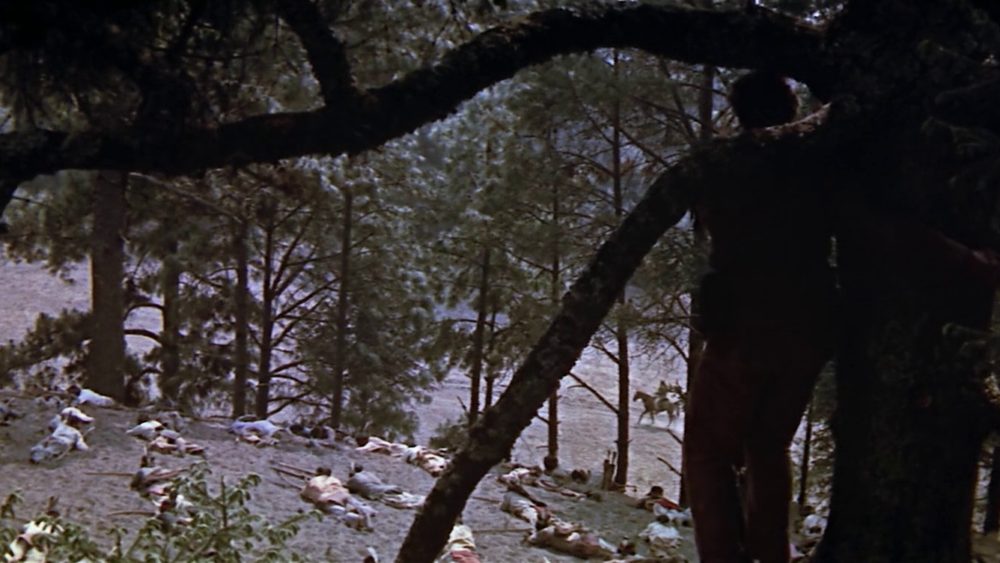 In 1956, the 36-year-old film critic and budding filmmaker Éric Rohmer went wild over an American Western, Anthony Mann’s The Last Frontier (1955). In line with his Cahiers du cinéma colleague André Bazin, he saw in it a vision of space and landscape, a holistic reality captured in an almost geometric aesthetic. His close description of a particular scene is partly exact, and partly a fantasy. Let’s listen to this fascinating text from long before the age of VHS or DVD, and place it against the scene itself.