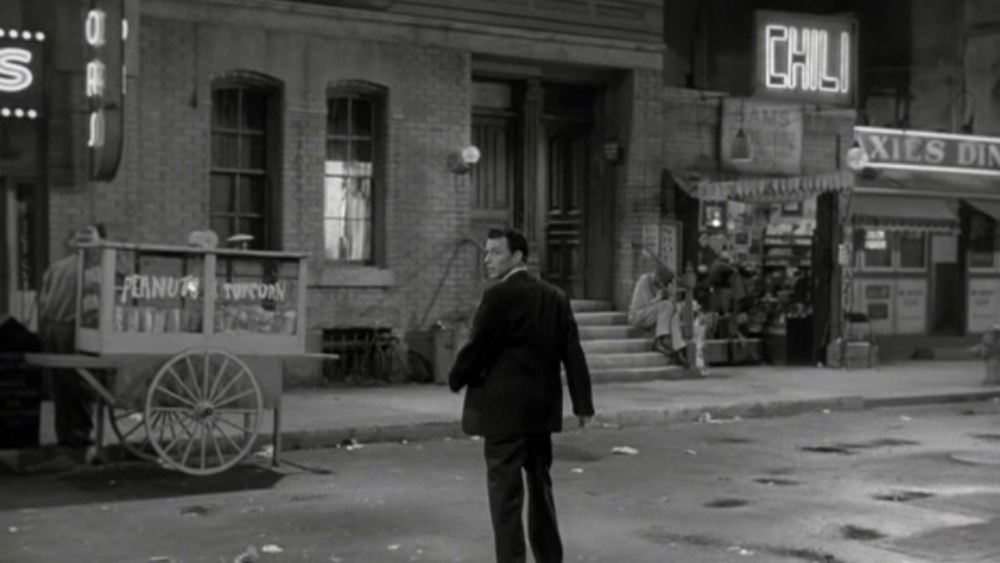 In their series The Thinking Machine, critics Cristina Álvarez López and Adrian Martin create a new video essay for De Filmkrant every month. This month, a look at Otto Preminger’s The Man with the Golden Arm.

Twenty years ago, the critic and filmmaker Pascal Kané (1946-2020) explained that the cinematic images which had most deeply marked, influenced and inspired him were not the most obviously masterful or virtuosic shots. Citing an ordinary, “anodyne” moment in Otto Preminger’s The Man with the Golden Arm (1955), Kané said: “The shot says nothing. It’s only the mise en scène which knows (and tells) that this street is a frontier, and that, on the other side of that street, Frank Sinatra will meet his destiny, i.e., his perdition”. Let’s take a close look at that street and how it figures in Preminger’s film.