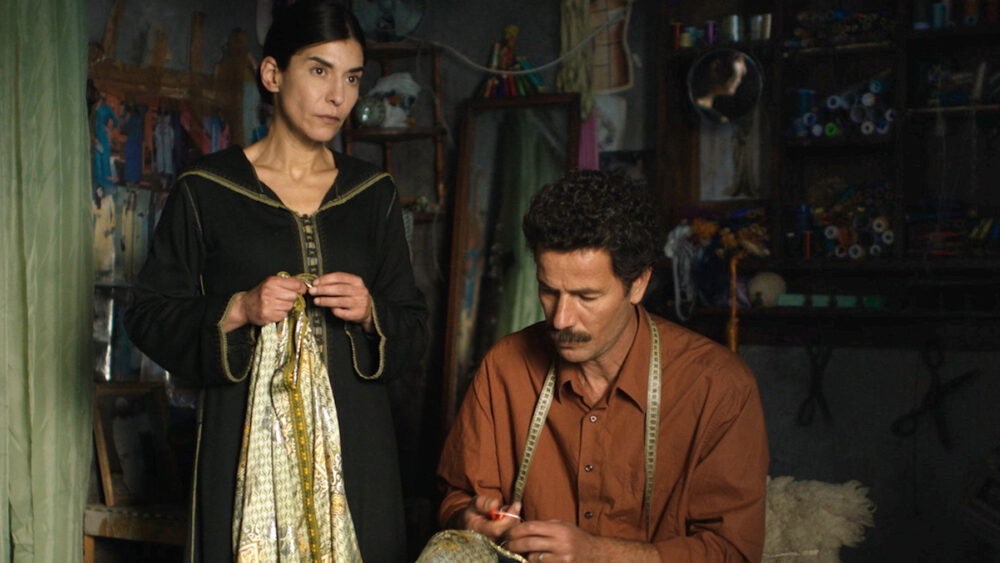 Akira Kurosawa’s 1952 classic Ikiru gets a fresh lease on life with a superb, beautifully filmed British remake titled Living. Serving as a grand dramatic showcase for the talents of Bill Nighy, this remake certainly has a rich pedigree. The screenplay is adapted by Nobel prize winning author Kazuo Ishiguro (The Remains of the Day) and directed by South African auteur Oliver Hermanus (Beauty, Moffie.)

Living moves the action from Japan to 1950s post-war London where Nighy plays a buttoned-up civil servant who decides to shake his life up and live for something outside of himself when he receives a cancer diagnosis.

After a brief, knee jerk session of mild debauchery, Nighy’s Mr Williams takes an assessment of his life and commits to achieving something meaningful with his numbered days. His work at the public works office has since been condensed to the numbing bureaucracy of pushing files and avoiding responsibility. He soon finds renewed purpose by helping out a group of concerned women who are lobbying to turn a neglected space into a child friendly community park.

Inspired by the spunk of a younger colleague named Margaret (Aimee Lou Wood, terrific) who has taken the initiative to seek out greener pasture, Williams goes out of his way to ensure that this park is delivered to the community in record time. In this way he might also be able to lend a renewed sense of purpose to a younger colleague (Alex Sharpe) who is just resuming at the office

Living is well made and handsomely moving even when with the second half, it tilts fully into melodrama territory. A largely faithful adaptation in spite of the change in setting, the film takes the opportunity to comment on Britain’s reconstruction era, tying the changes brought about nationwide to that being navigated by the protagonist. Unlike some of his earlier work, Hermanus is very much accessible here and makes use of soft lighting, elegant shots and intimate connections to build his world.

With every frame and plot turn, Hermanus’ respect for the material shines through. Living is about legacy and making a difference- however little- with the time we have here on earth. It is a tricky balance, but Hermanus manages to convey as much emotion in a narrative that is both reined in and tipping towards the edge.

Maryam Touzani’s The Blue Caftan is another Toronto entry with a medical diagnosis at the center. The protagonist is also a lonely middle-aged man.

A quiet and lovingly assembled treatise on love, devotion and second chances set in Morocco, The Blue Caftan is the story of Halim (Saleh Bakri) a tailor who operates a small but busy shop in the city center. Halim manages this modest shop with Mina, his wife of many years played by Lubna Azabal. After all these years of marriage, their dynamic has been pretty much established. Halim is the talent who makes the gorgeous caftans by hand while Mina takes care of every other concern, from domestic to business. By every conceivable measure, despite the absence of children, they have a loving and satisfying marriage.

The first switch which Touzani introduces early enough in the film is that Halim is also a repressed gay man, living in a country where same sex restrictions are prohibited. To connect to that aspect of his life, he often steals away to the local bath house where he engages in sexual encounters with anonymous men, making sure to avoid any scandal that will embarrass his wife. The dynamic between the couple changes however when a gorgeous new male apprentice, Youssef (Ayoub Missioui) starts work at the shop and Mina receives disturbing news.

At this point Touzani introduces the second switch. Halim might be our entry into this world, but the film really belongs to Azabal’s Mina as she navigates the uncertainties waiting in the wings. The emotional- and dramatic- core of The Blue Caftan is the three-way relationship that blossoms amongst the principal characters.

In similar vein to her 2019 debut, Adam, Touzani uncovers the lid on a topic considered taboo in Morocco. Her gaze is probing but her manner is sensitive, as she interrogates the minutiae effects of conservative society’s need to clamp down on human expression.

Exquisitely shot and suffused with the beauty of the regular, The Blue Caftan is slyly progressive about its politics even when it dresses this up in traditional garb. While the plot details what it must be like to live under threat of prosecution, Touzani also dares to imagine a world where people can be subversive, at least in private. While they wait for the world around them to catch up.