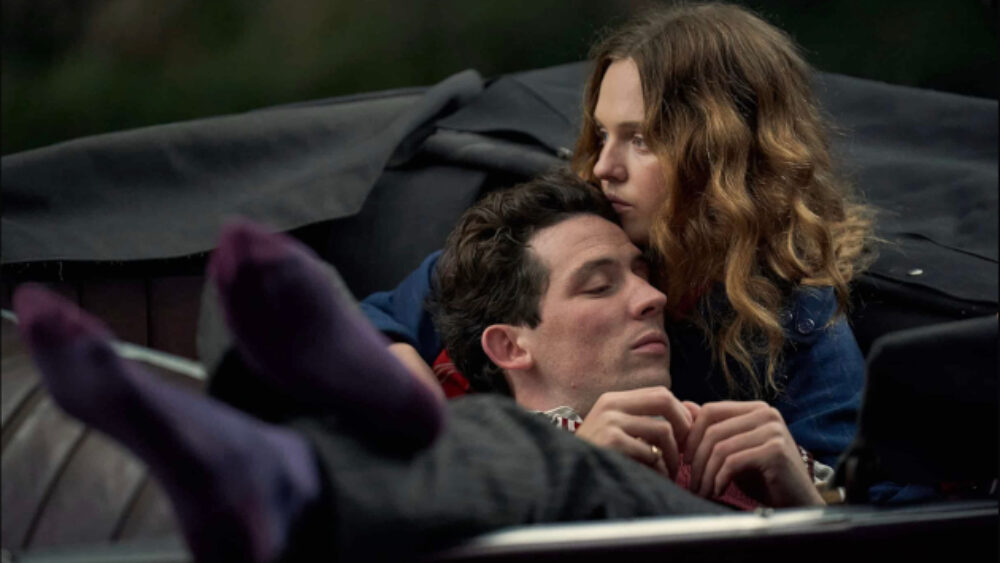 After pivoting to a fully online program in 2020, organizers of the Toronto International Film Festival (TIFF) considered a return to some kind of normal this year. With multiple strains of the coronavirus still making large scale indoor gatherings a risk, TIFF became the biggest fall festival to retain a hybrid structure for this year’s edition. Elsewhere, Venice, Telluride and New York film festivals shunned digital screenings and explored how to gather safely in-person. Think proof of vaccination, liberal covid testing and socially distanced screening rooms.

But what does a hybrid festival look like in an industry struggling to seize familiarity even when a lot of things are still up in the air? Press delegates at TIFF soon found out firsthand that the online screenings on the festival’s Digital Cinema Pro platform would be missing some high-profile titles. Major award season hopefuls like Denis Villeneuve’s Dune, Jane Campion’s The Power of the Dog and Liz Garbus’ Becoming Cousteau were either geo-blocked in certain locations or restricted to physical press screenings only. With most countries easing shelter in place measures and giving the go ahead for indoor gatherings to resume safely, major studios and distributors have been touting cinema’s triumphant return.

While the withholding of big titles may be frustrating for press delegates, the TIFF digital platform still contains a diverse variety of options for viewers willing to seek out alternatives to traditional studio fare and mainstays from Berlin and Cannes.

This year’s TIFF points to one of re-discovery and re-emergence, not just for the festival but for the larger film community as a whole. Some of the most memorable films to play at TIFF this year are quiet reflections that find filmmakers taking on the unprecedented year that was. With these narratives of pain and perseverance, filmmakers are obviously working through the range of conflicting emotions that erupted this past year.

Love and loss, disruption and death are some of the recurrent themes that have been present at TIFF this year as filmmakers navigate a world where lockdowns and limited travel have forced deeper introspections into the human condition.

Eva Husson’s Mothering Sunday based on the novella by English writer Graham Swift was one of the first major films to start filming in the United Kingdom last year after the lockdown pause. With Odessa Young and Josh O’ Connor leading a cast of famous names, Mothering Sunday presents as a contained study of sexual exploration and post-war trauma, sometimes within the same body. A pall hangs over the proceedings even when the characters appear to be celebrating. An elderly woman looks back on her life to recall the particular holiday in which she embraced her gifts and became a writer.

Husson’s adaptation of the material is rather melancholy, as the thin plot and stream of consciousness editing tracks a forbidden affair that plays out in post-world war I England. Every character in the film regardless of their station in life is trapped by the circumstances of the time. However bleak the environment, Mothering Sunday makes space for its heroine to break out of this rut by embracing her passions and directing them towards her art.
Artists have often turned to their craft to process grief, none more so than Israeli auteur Nadav Lapid whose provocative films often trace the relationship between the state of art particularly in his home country and the political state. Lapid’s latest, Ahed’s Knee is potentially his angriest and most meta film yet with the protagonist, Y, a famous film director screening his film in a small town, acting as a stand in for Lapid.

Lapid collaborated with his mom, the editor of some of his most acclaimed films before her passing in 2018. With Ahed’s Knee, Lapid pays homage to her in a slight, meta way as the film feels right for this time in the culture- and in Lapid’s career.

Smaller and more contained than the filmmaker’s previous efforts, Ahed’s Knee which was shot in eighteen days is no less potent. Lapid works himself into a righteous frenzy as his protagonist rails at the Israeli state, criticizing censorship, propaganda and compulsory military service. Ahed’s Knee works brilliantly as a visceral exploration of trauma and the ways that the state brutalizes its citizens with Lapid is walking his audience through his outrage.

The genteel star-studded Netflix film, The Starling takes the opposite approach to Ahed’s Knee, eschewing audacity and embracing familiar sentimentality in its rote narrative of a marriage tested by tragedy. Melissa McCarthy and Jack Chris O’Dowd reunite with director Theodore Melfi following 2014’s St. Vincent but they all struggle to find the levity in this meditation on grief and aftershocks of trauma.

Melfi who endured a complicated production process with The Starling, as well as the loss of his mother approaches the project like a television project meant to inspire his audience with a mix of metaphors, tears and the occasional laugh. The origins of The Starling may have predated the covid-19 pandemic but Melfi’s finished film very much plays like a product of the times. Fitting too that it’s found a home on Netflix.