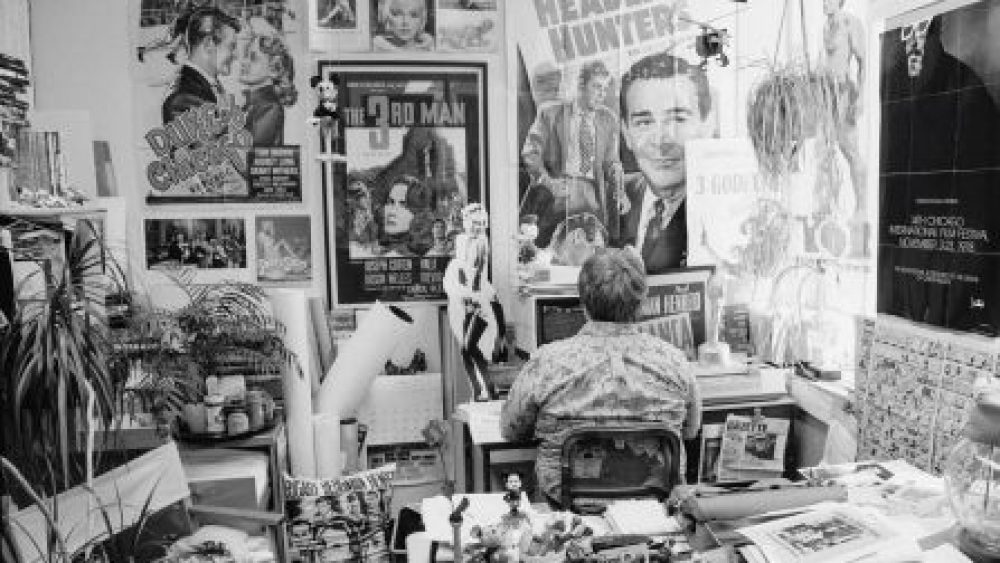 Roger Ebert in Life Itself, Kevin B. Lee’s Critics’ Choice

Was it former film critic Jean-Luc Godard who now filmed his goodbye to language, who already in the sixties described the shortcomings of film criticism as a flow of words that turned cinema into an ‘absent object’? And yet words are all we have to talk about this thing we love. Or are they? What lies hidden in the eye, the glance, that sudden moment of vision? And is it the present tendency in film journalism to reduce a film into a handful of stardust that has left criticism with but a stumbling stutter? If so, how do we, critics, make cinema present and eloquent again? When we proposed The Return of the Critics’ Choice to the International Film Festival Rotterdam we had that presence in mind. Of critics at the festival, of cinema in de mind’s eye of the critics, and of criticism as a vital element of a vibrant film culture.

The last Critics’ Choice at the IFFR was in 2003. The tradition was that international critics chose a film of their liking that should not be absent from the festival and provided it with an introduction. For this new edition, the critics were given a new challenge: to present their introduction in the form of a video-essay. To turn the absent object into a present one. Eight critics were selected from the Netherlands and abroad who in their work have demonstrated a great visual interest. They were not only asked to assume the role of programmer and select a film, but also to motivate their choice and respond to it in an audio-visual way.

Film journalism has been rediscovering itself at a dizzying pace in recent years. In the undercurrents of mainstream media critics have started to make essayistic films, investigate forms of live film journalism and experiment with forms of audio-visual criticism and video essays and short review-like films using images and text to bridge the gap between printed and digital media. This is not new of course. There has been a respected parallel tradition where critics have been trying to obtain and access cinema on a semi-cinematic, audio/visual way, by using stills, photo-sequences and even sound. But since the digital revolution these audio/visual forms have been explored at a much larger scale. Critics such as Kevin B. Lee and Adrian Martin and Cristina Álvarez López have made countless essays, cine-poems, videographic theses and became pathfinders for younger, newer and adventurous critics ready to broaden their horizon.

Even if it has become relatively simple to find and use (moving) images for new forms of criticism, we still see that old reflex that film critics (and their editors) limit themselves to the text and film still format (with the same ‘branded’ pictures recycled over and over). Now what is the effect on film criticism (and cinema) when the discourse, the criticism, the appreciation, the enthusiasm, the love are no longer about an absent object, but about a present one, in the same medium? Will that be the beginning of a happy love affair or a catastrophic amour fou?

The audio-visual essay as a hybrid between text and image, between film and criticism, studies the question how we perceive, understand and appreciate cinema. At the same time it examines why we speak of cinema as a ‘language’ and if film criticism and analysis are something that exists in language predominantly? What would happen if film critics used the same tools and materials as filmmakers? Would their works still be ‘critical’ and analytical? Or would they become practitioners of a whole different craft?

Kevin B. Lee and Adrian Martin & Cristina Álvarez López are among the pioneers of the genre. They respectively selected opening film Life Itself, a documentary about film critic Roger Ebert who died last year, and the restoration of Walérian Borowczyk’s Docteur Jekyll et les femmes (1981), a controversial cult version of the age-old Dr Jekyll and Mr Hyde story. Writer and critic Bianca Stigter decided she would reflect on the process of watching itself and make a long version of a short archive film shot in the Polish village of Nasielks in 1938. Her Three Minutes Thirteen Minutes Thirty Minutes will have its world premiere at the festival. Rüdiger Suchsland chose Die Lügen der Sieger by Christoph Hochhäusler, a film he can both defend and critically dissect. Dutch critics Hedwig van Driel and Kees Driessen take their first steps on the path of audio-visual criticism with Laggies and When Marnie Was There (provisionally the last Ghibli film). Finally, Argentine Roger Alan Koza selected White Out, Black In, a Brazilian dystopian docudrama in the tradition of Chris Marker’s La jetée that breaks down, stretches and transcends boundaries between genres, as well as between film and the world itself. This year’s Critics’ Choice wanders and wonders in that marvellous wilderness.

Dana Linssen is a film critic, writer and philosopher from the Netherlands. She is editor in chief of the independent film magazine de Filmkrant, long time film critic for national daily newspaper NRC Handelsblad, lecturer on film analysis and film history at the ArtEZ Theatre Academy in Arnhem and founder of the Slow Criticism Project, an ongoing series of publications, events and interventions as a counterbalance against the commodification of film criticism.

Jan Pieter Ekker is a writer, designer and consultant with broad interests and tastes. He writes for publications including Het Parool, VPRO Cinema and de Filmkrant, as well as designing logos, brochures, newspapers and books. He sits on advisory and selection committees for IDFA, the Hubert Bals Fund and the Dutch Cultural Media Fund. Ekker is also the creator and organizer of the Cinema.nl Poster Prize. www.jpekker.nl