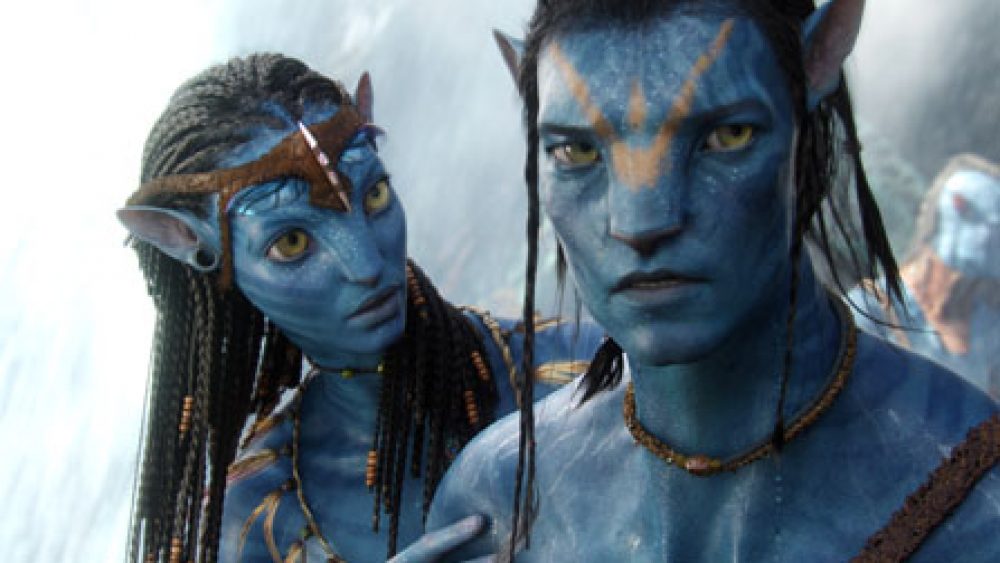 ‘Earth is the cradle of mankind, but one cannot live in a cradle forever’, Arthur Clarke said in a television interview in the 1960s when he was working with Stanley Kubrick on 2001: a space odyssey. James Cameron’s avatar can be considered as a follow up of Kubrick’s masterpiece. Astronauts Dave Bowman (Keir Dullea in Kubrick’s film) and Jake Sully (Sam Worthington in avatar) are modern mythological figures that produce the respective futures of their own age. Not only are both films technological and aesthetic milestones in cinematographic imagination offering a breathtaking celebration for the senses, they are also both mythological narratives about menïs desire for leaving ‘the cradle’ and beginning anew.

Zero gravity
Cameron’s admiration for Kubrick’s film is well known. Aesthetically 2001 took the B-genre of science fiction to a new level, not only because of the beautiful composition of every image and the meticulous craftsmanship in the special effects of spaceships and the solar system, but also because of the realistic portrayal of the actual state of the art of space technology and knowledge about orbital conditions. Before men actually landed on the moon (which first happened in 1969) Kubrick’s space travellers coped with zero gravity and floating objects. The beginning of avatar is clearly a tribute to 2001. After several years of travelling, former marine Jake Sully is woken up from his hibernated state; doctors around him keep themselves from floating into space by grasping handles on the walls. The floating bodies and the exterior view we get from the spaceship that arrives at the distant planet Pandora consciously recalls Kubrick’s film.

Hybrid creature
Where Kubrick shows us the mysteries of space exploration, symbolized by the famous and mysterious black monolith, Cameron sets his science fiction at a later stage (in the year 2154), where colonization of distant planets has started. Jake Sully is taken to the base station at Pandora in order to neurologically operate an Avatar, a hybrid creature made from a mix between his DNA and DNA of a Naïvi, the tall blue-skinned inhabitants of Pandora. Unlike Dave Bowman in the 1960s science fiction, Jake Sully seems to know exactly what he has to do: infiltrate in the Na’vi people and make sure the earthlings can obtain the valuable resources of Pandora.

Mythological power
The story that unfolds, as many critics have noted, is indeed quite familiar: Jake meets Na’vi princess Neytri (Zoe Saldana) and gains respect for the Na’vi way of living which makes him doubt about his mission. However, this does not make the film superficial. On the contrary, in combination with its huge aesthetic endeavour, avatar has Homeric mythological power. As Brian Boyd argues in his book On the Origin of Stories: Evolution, Cognition and Fiction many stories present familiar elements, but as such they have an evolutionary function, showing a ‘necessary link between problems of historical knowledge and universal aspects of human nature.’

Space Race
Homer’s Odysseus’s fabulous adventures talk about survival, security and the problems of the ancient Greek social world that nevertheless still have universal power. Kubrick’s and Cameron’s mythological travellers are influenced by the problems of their historical times. 2001: a space odyssey has to be seen in connection to the politics and aesthetics of the 1960s: the Space Race between the USA and the USSR and modern design and technology that involves alienation and unresolved narratives, typical for films of that period (Antonioni’s blow up and Coppola’s the conversation are other cases in point). avatar’s references to contemporary concerns about the ecology of the world are obvious but at the same time very powerful.

Neuro-image
Aesthetically the film connects to our time because it can be considered as a ‘neuro-image’, typical for 21st century cinema. The images are quite literally the product of Jake Sully’s mind (the Avatars are called ‘dream walkers’). Moreover, like fractals, the images reproduce on every level our own neural system: the Na’vi relate to their animals, plants, the past and each other through synaptic connections and energetic fields when they literally connect their long braids to another entity; the image stretches out in all directions, like an overflowing brain where everything looks like neural tissue (think of the ‘synaptic hammocks’ in which the Na’vi sleep). Transparent touch screens, fluorescent LED-lights and the immersive quality of the 3D technology are other aspects that make Cameron’s film, in spite of the 1990s concept of avatars in virtual reality, unmistakably into a film of the 21st century.

Island
Compared to the abstract compositions and empty images of 2001, avatar’s aquatic digital jungle images remind one of another contemporary audiovisual mythological narrative: ABC’s epic television series Lost. In its reliance on the mysteries of nature, avatar thus also relates to another fundamental mythological figure, the figure of the desert island. In an essay from 1953, entitled Desert Islands, Gilles Deleuze argues that desert islands provide the imagination with a prototype for the collective soul that is related to the fundamental desire to begin anew, the desire for a re-birth. This re-birth is always related to a catastrophe that gives the necessary condition from which the world can begin anew. ‘It is an island or a mountain, or both at once: the island is a mountain under water, and the mountain, an island, is still dry.’ When Deleuze described the mythological power of the figure of ‘desert islands’ it is as if he looked into the future and saw how Kubrick’s space odyssey arrived at the floating mountains of Pandora. And how the Star Child would grow out of its cradle to transform into ‘Jake Sully the Na’vi’, imagining men’s rebirth as another after the exhaustion of the earth.