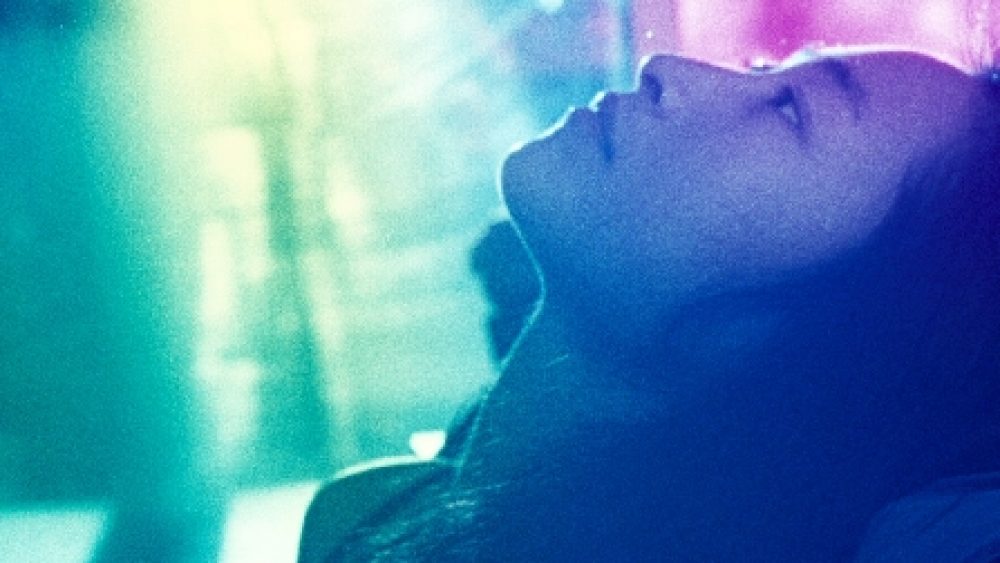 Cristina Álvarez López checked in from Barcelona to see A Fallible Girl from the United Arab Emirates (among others), and finds a film which foreground a distance that the cinema of globalisation often suppresses.

I have never been to Dubai, but somebody once told me that its airport is, in itself, like a small, self-contained city. Shopping centres and services of every kind employ a large part of the local population; the traffic of passengers passes in a constant flow. Apparently, to get from one spot to another in this airport is unlike any similar place: disembarking from a plane and then locating the boarding gate for the next flight can be an arduous task, truly a long-distance marathon. This information never left my mind while I watched A Fallible Girl because, if there is anything that defines the film in all its aspects, it is precisely this: distances.

First, there is the distance that rules the daily life of the protagonist, Lifei (Sang Juan). From the tiny apartment that she shares with her friend Yaya (Luang Hu) in a densely populated Dubai suburb to the mushroom farm found somewhere in the desert between Dubai and Abu Dhabi. Or: the distance from either of these two locations to the elegant home of Lifei’s boyfriend (Arthur Molinier), situated in a constructed tourist zone near the beach. If we observe the contrast between these three scenarios, we will realise that the distance separating them all is not merely physical: this is one of the keys to unlocking the film.

We know that Lifei is a Chinese woman living in Dubai. Her strong, obstinate nature, sometimes brutally unfriendly, does not prevent us from nurturing genuine affection for her. Sang Juan is the perfect choice to play this part: moving comfortably in her skin, exuding a rare authenticity, she is able to show us the emotional ups-and-downs and struggles of this character — without excessive sentimentality, or resorting to facile tricks. But who is Lifei, really? It is a question we will pose several times during the course of the film; to answer it, we will need to pay strict attention to the canny two-step with which Clark — already a contender in Rotterdam’s ‘Bright Future’ section with his debut feature, Soul Carriage (2006) – articulates his new work: while A Fallible Girl’s narration, on the one hand, opts for a long-range distance, its mise-en-scène, on the other hand, is constructed with the shortest possible distances.

At one extreme, the camera stays close to its protagonist, pins her in claustrophobic close-ups, completely involved with her existential unease and the city’s bustle. Raquel Núñez Fernández’s splendid cinematography creates a film filled with glare, glitter and saturated light — all filtered colour, blurred and nebulous images. This entire aesthetic arsenal, linked with the pervasive sense of indeterminacy conveyed by the soundtrack and the editing, works to create a state of constant suspension that envelops the film as a whole — modifying, as well as adding something new to, its seemingly realist approach.

At the other extreme, A Fallible Girl refuses to conform to traditional narration: it denies us access to the protagonist’s backstory, by not condensing her life-story into an information-packet that would allow us to comfortably situate ourselves in relation to her personal history. Instead of this, the film hurls us into Lifei’s immediate present, confronts us with her daily life, and forces us to reconstruct everything that is presented only in the form of flashes, short glimpses, commentaries caught on the fly, ellipses and conjectures… Answers about the protagonist’s past, her history, will have to be sought in the sole certainties that the present moment offers: in Lifei’s movements, the decisions she makes on the spot, in the way she interacts with others…

Again, from an emotional perspective, this is a film marked by distances. The distance between Lifei and her family; between Lifei and her boyfriend (a French guy who is constantly travelling for work reasons, about whom we will learn only after the first half-hour); and, above all, between Lifei and her friend Yaya. In A Fallible Girl — and this is among its most interesting aspects — friendship is stripped of any aura of romanticism. Here too, there is an intriguing game of distance: Lifei and Yaya share an apartment, sleep in the same bed, eat from the same plate — but there is an abyss separating them. It is not simply a case of different personalities; rather, each of them pursues a lifestyle ruled by their own obsessions. Yaya belongs to the night, Lifei to the day. Yaya’s world is the club where she works, a reality associated with beauty, luxury, the social sphere; while Lifei puts all her effort into developing her business venture, and cultivating her independence. Both — each in their own way — need the other; at the same time, there is, in both, an intrinsic solitude that can be neither shared nor accommodated by the other. The distance between them is a matter of different dreams, of horizons pointing to opposite roads.

Directly or indirectly, A Fallible Girl is a film about globalisation — as well as a film that is itself the result of globalisation. It is a co-production between the United Kingdom, United Arab Emirates and China; the director is British, his DOP Spanish, the two main actors of Chinese origin — and the crew boasts representation from fifteen different nationalities. However, despite the fact that it is a clear example of transnational cinema, and that it openly tackles the problematic of capitalism in our globalised world, A Fallible Girl adroitly circumvents all the moves common in this kind of film — introducing us, instead, to a central character who fails to fit any of the cinematic stereotypes of this sort of project.

Lifei is not a maladaptive migrant (quite the contrary: she moves securely in a country that is not hers, but that she appears to know well); she does not correspond to the prototype of the weak, dependent female (but neither is she cold and calculating — work obsession does not turn her into a self-sufficient person, and nor it does not prevent her from finding some happiness in love, or plunging into sorrow when the relationship with her boyfriend breaks up). And, above all, Lifei is not some exploited worker struggling to survive to raise a family; nor is she wealthy, accustomed to the glamorous life. The specific variant upon which this movie is based has been hardly explored in cinema, and — despite the fact that real life hands us no shortage of referents with which to compare Lifei’s economic situation — it is clear that, as spectators, we are not yet used to the image of capitalism that this film offers, since it does not correspond with any of the extreme ways that cinema usually depicts it.

What A Fallible Girl very precisely does is to place in the foreground this distance that, very often, the cinema of globalisation suppresses or eliminates altogether. Perhaps this is the reason that it takes us a while to accept this woman who employs various men (or exploits them: but she is neither a Good Samaritan nor someone who turns into an unscrupulous predator) indeed lives in an apartment building — a dwelling which is neither large nor luxurious, and is situated in one of those blocks of stolid flats, industrial and hardly elegant — and survives on kebabs and sandwiches, while doing her business accounting in a small notebook.

The film’s ending, despite its bitterness, avoids tragedy (here, tragedy is a constant possibility, a threat, an alarm that overlays its images, in a suggestion of the fragility of things). Lifei wants to go back to her homeland to say goodbye to her grandmother (who is seriously ill), but debts keep her stuck in Dubai: her business is thriving, but she needs more time to repay a loan. Once again, the problem is a matter of distance. Lifei ‘falls’ as a consequence of her bad calculation of the real distance that her life-leap requires. And right here is the difference — the distance — between a fall-ible girl and one who is in-fallible. When archival images of the city invade the screen before the final credits, the feeling that seizes the spectator is one of sadness and melancholia: sadness because the distance between past and present — so-called progress — is measured in abstract figures and in broken promises; melancholia for an era when dreams of prosperity were maybe at once simpler and more humble… but when the distance between dream and realisation was not yet a full-blown mirage.

Cristina Álvarez López
Translated from the Spanish by Adrian Martin. 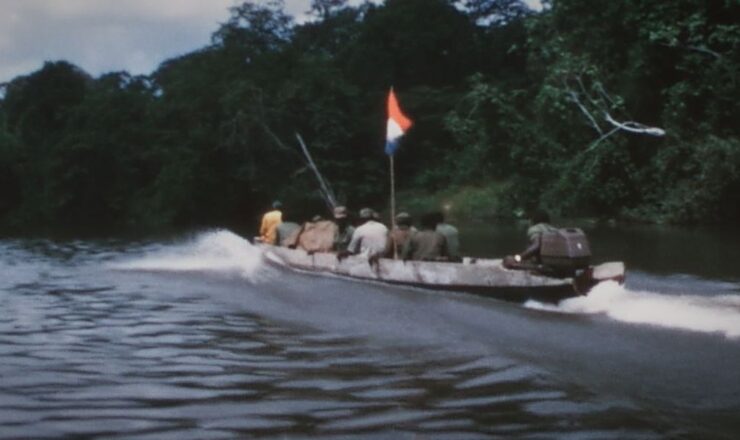 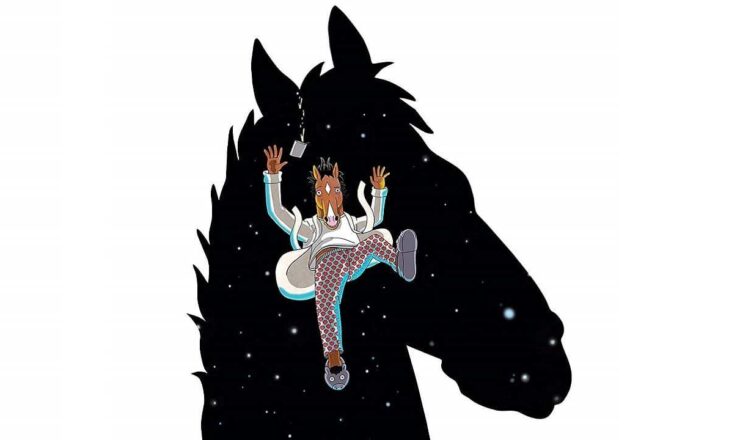 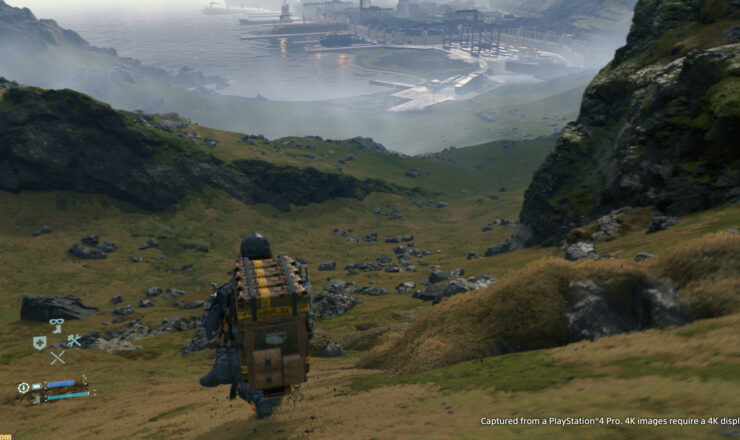